The User Segments feature allows you to segment your audience by the behaviors the do, or do not do, within your app as well as the attributes of the device.

The main page displays a list of all pre-existing User Segments. From here, you can take the following actions on a Segment:

There are 4 columns in this list displaying the following information:

To create a new Segment, click the + Create Segment button. This will take you to the Create Segment page. At the top of this page, you will find two items you need to address:

Once you have done these two things, you can start adding the filters that define the audience that will be Exported. There are two sections for defining the audience, the first involves directly defining filters, the second allows you to select one or more existing Segments.

When you would like to understand the estimated audience size of the current filter predicates, click the “Run” button and the estimated size will update on the left. The “Total Users” number is the number of users active in your app over the last 12 months. The “Selected Users” number is the estimate of the number of users active in the last 12 months that satisfy the list of filter predicates you have defined.

The following predicates allow you to define the specific attributes for the audience you want to focus in on. 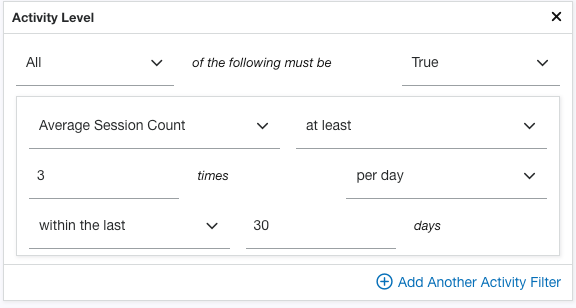 App Version filters the audience down to those that were last seen using the selected versions of your app.

Allows you to limit the audience to certain device models. Use this to study newer models or older models to differentiate behaviors.

You can select the Genders to include in the Segment using the estimations provided by Flurry.

You can select the Genders to include in the Segment using the estimations provided by Flurry.

Limits the segment to devices that display the event history that you detail. As with Activity Level, the ANY/ALL toggle allows you to select how restrictive the filters are. 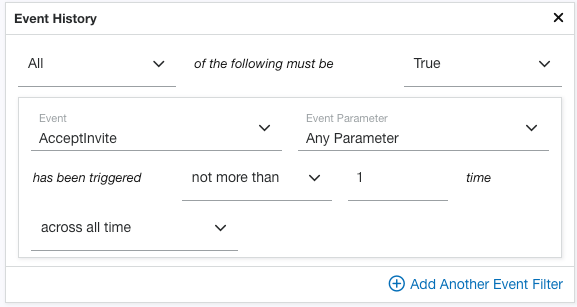 The Install Date predicate allows you to narrow the audience to installs within a certain period. 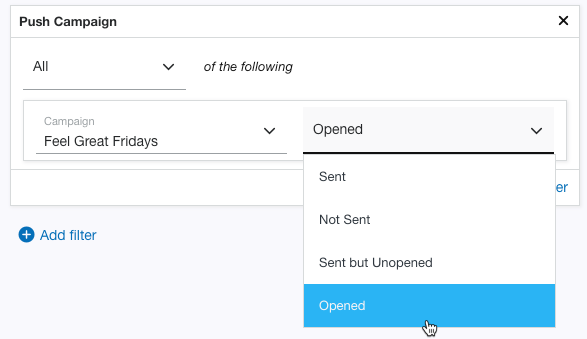 This predicate limits the segment to only devices with the language, as indicated by their Locale, to the list of Languages provided.

Filter the audience down to those last seen running a given OS version.

This predicate allows you to filter to devices that have interacted with a given Push Notification campaign at a certain level. For example, if you have a campaign called “Feel Good Fridays”, you can include users that have Opened the app from a notification they received from this campaign. You can include multiple campaigns in a single predicate as well.

You can select the Genders to include in the Segment using the values reported by your app to Flurry using the setAge method in the Flurry SDK.

You can select the Genders to include in the Segment using the reported by your app to Flurry using the setGender method in the Flurry SDK.

Usage of User Segments in Flurry¶

User Segments defined here may be used in the following areas of Flurry: